A life of war (MakeoverMonday Week 6)

This week’s MakeoverMonday is a good one. Without further ado, the original visualization by Philip Bump, appearing in his Washington Post article entitled Nearly a quarter of Americans have never experienced the U.S. in a time of peace:

This graph triggered my pedagogical Pavlovian dog. Not just because it’s easy to malign the poor pie chart (of which this graph has 115!), but because I had a hunch that a redesign would reveal features of the data that are obscured above.

But first, since we do have pie charts, why not briefly discuss their relative merits and demerits. Pie charts are fine if we want to show portions of a whole, and then only if we have relatively few slices. In each pie above, we have only two slices for most years. So a pie chart would be just fine if, for example, I only cared about showing the relative portion of life lived in war and peace for people born in 1905. The problem is that we don’t just have a pie for 1905, but for every year 1905-2019. If we wanted to see how the percents change over time, we have to compare slice sizes across pies, and this is very hard to do perceptually. This draws from the work of William Cleveland, who ranked the elementary perceptual tasks we use to compare quantities. We are very bad at making accurate comparisons when the quantities are encoded as angles (I discuss this in more detail here).

In the Washington Post graph, the thing that jumps out at me is the column of all-red on the right, and how much less red there is on the left. It’s easy to see that people born since 2001 have lived their entire life during a U.S. war; those born in the early 20th century lived a much smaller portion of their lives during war. What is much less obvious is the nature of the upward trend: was it monotone? Up-and-down? This is hard to tell! It doesn’t help that in the original article, with my desktop Chrome browser at normal zoom, the graph is so tall that you have to scroll up and down to take it all in. 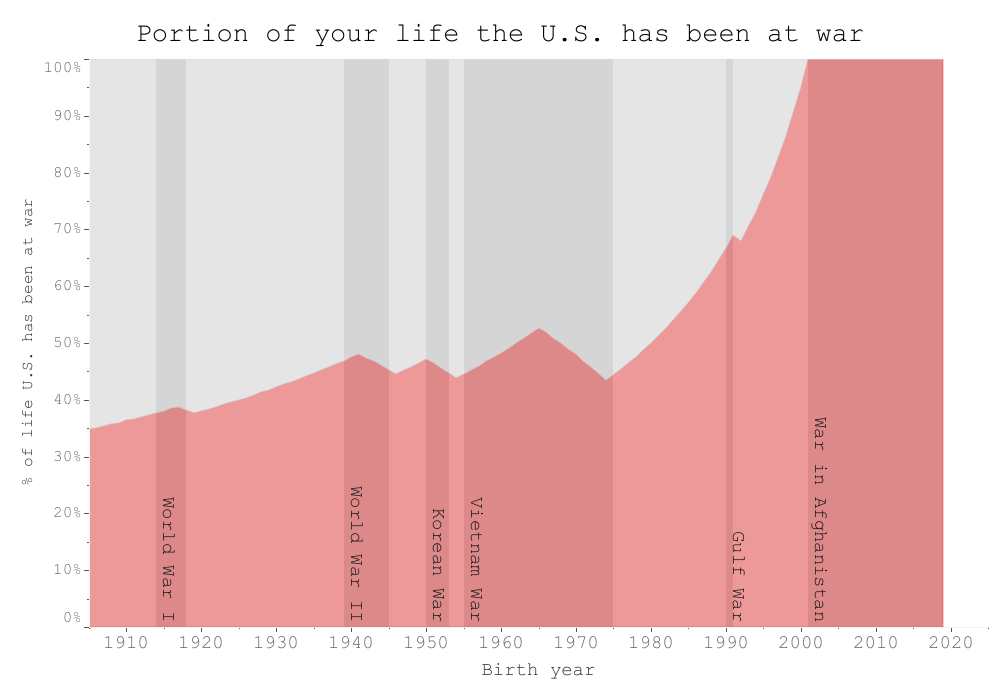 I like to think of area charts as pie charts that work over time. The redesign still shows us what the original did: people born in the early 20th century lived a much smaller portion of their lives during war than people born in 2001. We have preserved the “part-of-a-whole” story that pie charts have to tell. What the redesign reveals is that the upward trend is not monotone. Rather we see a “sawtooth” pattern, where the saw teeth peak during wars and and dip following wars. Now that we have mapped these percents to a common vertical axis instead of encoded them as angles in a pie chart, we can perceive differences between them much more clearly. And as a bonus, we don’t have to do any scrolling!

A quick caveat: my redesign only includes the same wars listed in the original article, but you could argue the U.S. has been involved in many wars beyond just the ones shown. Take a look for example at this list from Wikipedia. 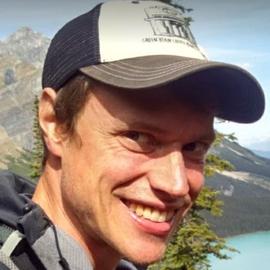